I’ve been flying up to Scotland for the Edinburgh Festival for around ten years now. The festival and I have had a great, healthy, happy and productive relationship. We’ve laughed together, cried together, been awed by people’s imaginations and felt cheated by others’. Witnessed brilliant ideas and winced at terrible ones. We’ve eaten lots of meals by candlelight, shared philisophical musings in the belief we were intellectual and worthwhile, and we’ve walked hand-in-hand up the cobblestone hill of the bustling, mad-cap, peformance-filled Royal Mile.

It’s been emotional. It’s been good.

Don’t get me wrong – the festival is a colourful, cultural onslaught of thought-provoking, fun-loving shenanigans and, without it, Edinburgh would be a pretty grey place. But for now, I’m done with it. I’m over it. At least I am as someone who is a reader of scripts, books and plays.

As a writer or performer it is, of course, imperative, that you go discover other people’s creative work so it informs and nourishes your own (otherwise you’re a pompous twit, frankly). Experiencing others’ work lets you know what cutting edge stuff is happening out there at the moment.

But, I think, 10 years is a bloody heavy commitment for any relationship these days, so the Edinburgh Festival and I are splitting up. For a while, at least. We need some time apart to think; some space to be ourselves. You know, without influencing each other’s ideas and emotions so much. It’s not the festival, it’s me. Etc.

It’ll be tough being apart, but it’s for the best. Why? Because, although I love going to writers workshops and talks, I’ve had enough of going to them as a reader. If this sounds slightly pretentious, then so be it. Because I’m making a pledge right here and now: the next time I visit Edinburgh I’d prefer to be the one doing the talking in front of a crowd about my books please. So there. Nur-nur-nur-dee-nur.

In the mean time, a lot happened at the festival for me this year. Come on everyone, settle down and let’s take a look…

On my first day in Edinburgh I did something un-festival-like: I went to the zoo to see the Pandas. Apparently the Lady Panda is pregnant and this is a Very Rare Event outside of China because Lady Pandas can only conceive on two days of the year! Plus, they’re incredibly grumpy and hate Men Pandas, which doesn’t help. They have their own enclosures at the zoo, otherwise they would fight too much. Sound familiarly human? Besides the pandas there were some cute monkeys, a beautiful tiger and a sleepy Koala, but I didn’t enjoy the zoo. There were too many dejected-looking animals. I shan’t be visiting another zoo again, not until I have children of my own to take along. (oo-er, did I just write that aloud…?)

One of the highlights at the book festival, for me, was the brilliant Liz Kessler doing an off-the-cuff, inspirational talk about her journey of becoming a children’s author. Her new novel North of Nowhere looks as if it will be brilliant. Liz signed it for me and I can’t wait to read it.

After this event, I chatted to the lovely – and exceptionally talented – Young Adult author Sara Grant about her writing career. She is so passionate about writing and was lovely enough to give me some great information about writers’ groups, including the Scattered Author Society and a blog called The Edge. Check them out writerly friends!

Steve Cole, the children’s author of Astrosaurs and Cows in Action, showed me just how unbelievably crazy you’re allowed to be as a children’s writer. His madcap event was non-stop, adrenalin-filled action. I was worn out just watching him. Excellent stuff. 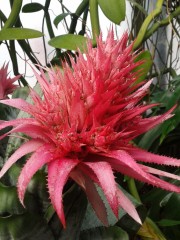 There was a new-fangled, software wizardry techno-talk about something called “Neuro-fiction”. This was scary. Apparently, at some point in the future, computers will be strapped to our heads, will read our brainwaves and then alter the content of our books – as we read them – so we get exactly the kind of book we want. Everyone seemed to agree this was Big Brother-ish and, also, well, who wants to read a book where you know what’s coming all the time because you’ve theoretically created it already? Yawn. Silly technology people strike again.

A different track followed this. I listened to a talk by New York Post reporter, Susannah Cahalan. A few years ago she experienced the developmental signs of schizophrenia and of having a severe psychotic mental breakdown. But doctors couldn’t decide if she was indeed mentally ill or not. Eventually – after what she calls her “month of madness” in her new book Brain on Fire – Susannah was diagnosed with a rare autoimmune encephalitis disease. She spoke about her determination to find out what was wrong, to survive and to get back to work. In short, her story was an inspirational one.

I went to see more girl-related talks this year too, mainly because most of my children’s writing is skewed towards boys and I think it’s important to know what’s going on in the other camp. So to speak. So, I listened to broadcaster and fashionable fashionista Dawn O’Porter talk about her new novel Paper Aeroplanes (about friends growing up on the island of Guernsey), saw Tessa Hadley and Ruth Thomas talk about their novels based on parents losing their babies, and went to an interesting feminist discussion about “where have all the brave girls gone?” which debated whether female characters in books are strong enough and why there still isn’t enough equality for women presented in modern novels.

Then I saw some fantastic theatre performances. With a mixture of dance, drama, music and comedy wrapped up in a moving, beautifully acted show The Theatre Workshop’s production of Growing Pains made me bawl my eyes out. It’s a dark comedy full of teen angst and it’s about bullying, relationships, gender issues and the exploration of sexuality. Growing Pains was performed by a group of amazing and talented 14-year-olds from Sussex and they stole me away into their world. So much so that, by the end of the show, the hairs were standing up on my neck. Wow. Lora Munro and her team of directors did such a great job. 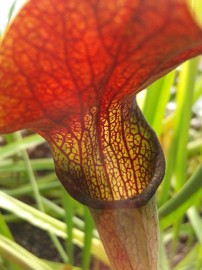 And then – aside from some more eating, a trip to world-famous and incredibly beautiful Rosslyn Chapel (as featured in the Da Vinci Code), some shopping, a stroll around the gorgeous Botanical Gardens (hence the overtly flowery pics published here that I took), some reading and more eating – the festival was over. And so was I.

Now, after I’ve flown home it is with a heavy heart that I’m breaking up with the Edinburgh festival. Next year I plan to head back to California to work as a writer in Los Angeles, so it’s time to get ready for a change. And, well, I’m sorry Edinburgh, I’ll remember all the great times we had together, but I think we’re just moving in different directions. It’s time, you know, for us to say goodbye.