oming impatient when I read books or scripts or I’ve consumed a lot of stories lately that start well and then go off on a massive tangent. A tangent so far away from the clear thrust of the story that I’m suddenly sitting in a cafe on a busy, bustling High Street in Tangentville…rather than where I’m meant to be.

So which is it: my impatience or bad storytelling?

Well, it clearly isn’t me (wink), so it must be the authors and their writing. Oh, okay, it’s probably me a bit too. Alright, so it’s quite a lot about what I enjoy reading and the fact I’m choosing the wrong books and scripts.

Nonetheless, come on, how is that the writing in these stories is not holding my attention – and many other readers’ attention too, if you look at their bad reviews – when they ramble off down the thorny road to Tangentville?

Well, I understand the need for character development. We need to know the background of the main characters enough to empathise with them, so going off to meet them before carrying on with the main story (taking a sub-plot detour, if you will) is a must.

But. If you’re going to do that, this detour must also have enough relevance to the story’s context for it to feel as if the detour is taking us towards the end goal, and that it’s still within the boundaries of the story world you’re creating, i.e. stray too far into Tangentville, my writerly-friends, and you’ll be buying a house, settling down and having two kids there before you know it.

I also understand all books and TV/film scripts need a lot of stories going on at once in them to keep us interested. For instance, there are so many storylines in epics such as Lord of the Rings and Game of Thrones that these books seem to covet Tangentville. But, of course, they don’t. Not really. Because they’re epic fantasies with enough depth, heart, brilliant writing and – most importantly – enough of a solid “one true goal” that all their characters in all their diegetic stories appear to be working towards. So much so that this keeps us interested, no matter what minor day-to-day things they’re doing as well as working towards that bigger goal (One Ring to rule them all, One Ring to find them, One Ring to bring them all and in the darkness bind them…etc). 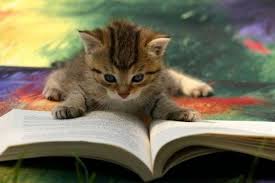 And this is the key thing, I think. The books and scripts that I’ve lost interest in most lately are ones where their main characters don’t seem to have enough of an impetus towards their end goal – whatever it might be – to be able to allow for a detour to occur. And their central characters haven’t been interesting enough to allow for those detours either.

If a writer has not “staked the claim” of a main character fully enough – has not made them real, with enough motivation towards the main goal – then the danger of disinterest arises. And with this disinterest comes a sense of lagging, against-the-grain momentum. This usually happens because the writer has got so loved-up with the character and situation they’ve created – believing it is top-notch genius – that they’ve lost sight of the end goal.

As a writer, at this point you have to ask yourself: am I going off on a tangent BECAUSE the rest of my story is boring me? Why is this? Do I really believe the reader will enjoy this extra information? Is it important to the story? And what needs to change about this part of the book for me NOT to drive straight into downtown Tangentville?

Successfully achieving this type of impetus is a bit like firing a slingshot. To start that stone off on its speedy flight across a field (hopefully not towards anyone or anything breakable…come on now children, play nicely) you have to first pull back the elastic as far as it will stretch. This, in effect, is your starting point. If you were writing a book, a script, a poem, a video game…this initial stretch right here is your first big scene, full of trauma, upset, excitement, pent up emotions, danger, mystery and anticipation. It’s your hook. And then you let the elastic go and – snap! – you’re off.

The stone is flying, discovering its path through the sky, just like your main character in your book after they’ve experienced all the unanswered questions and trauma at the beginning. And because there was all that immense power, energy and intrigue – of the first elastic stretch –  behind it, the stone just keeps on flying. It keeps flying and…will…not…stop until it’s reached where it’s going.

It will probably hit a few walls, snag a few tree branches along its way, and these will make the stone bounce off-course, take another route or even slow down a little, but these minor excursions – detours that are short, powerful ones inside the larger journey – won’t stop it from continuing its flight. In fact, they’ll make the stone’s journey far more interesting…so that everyone is watching its path, wondering where it’s going next.

And so, if you can get that amount of perpetual energy into your book, script or game then your reader or player – like me – will remain interested. They’ll desperately want to know where the stone will land, because you’ve set them on a powerful, clear path in the first instance and you’ve shot them straight past the highway exit to Tangentville, away from all its saliva-dribbingly tempting but very bad greasy burger ‘n fries joints.

So, writerly friends, what I’m asking you to do is: don’t bore me, get to the story.

And once you’ve got me there, once you know you’ve hooked me, only then can you dare send your characters down a flashback memory lane that enhances what thing it is they’re doing to achieve their goal. Only then will I not throw your story on the Unfinished Pile of Doom somewhere in the dark, cob-webbed corners of my garage, gathering dust along with the other forever-lost stories. And, trust me, I don’t like putting stories there, it hurts me to do it. Especially after a writer or artist has spent so much time and effort producing their book.

So please think about focusing your story, shedding those tangents and gathering up the powerful, slingshot-impetus so you and your book/script/game stay in the light of my frontroom not in the darkness of my Unfinished Pile of Doom.